The Elephant in the Room

Image by Gordon Johnson from Pixabay

And recently I had a revelation about what my fat body is capable of. I have a belief born of hard experience that if I do so much as basic housework my back will go out and I’ll be in agony. I’ve had back pain since a childhood playground injury, but it is exacerbated by poor conditioning and obesity. It’s not polite to talk about fat, even when you’re talking about yourself.

This summer, on a five day prescription for Prednisone due to a nasty case of bronchitis, I cleaned out closets, rooms, corners, bookshelves, and drawers. I moved stack after stack of books, and bags and boxes of clothes. I sorted “stuff” and carted my own piles to recycling or trash or the car to take to Goodwill. I reorganized, cleaned, and reclaimed living and storage space. I worked in one half to one hour sprints with breaks of about the same time. I got disgustingly sweaty, dried off, and got sweaty again. I stank.

I learned that physical activity doesn’t always result in pain. This was a genuine revelation. And it was AWESOME to feel physically productive. I’m used to being intellectually productive, but not satisfied about what I can do with my body. And due to the Prednisone, I was pain free for the first time in years. It’s also been years since I’ve been free from fear of what’s happening in my body. I’m afraid my fat will kill me.

I’m told by some that’s a fallacy, while others insist in calm tones that it’s just a statistical fact. In the meantime, I live in quiet dread that I’ll die by heart attack or stroke in my 40’s.

About a year ago, I went on a retreat to think seriously about what I wanted for my life. One thing I wanted was to be healthier. To have greater mobility. To have less pain. And to live in less fear.

I considered what I was willing to do to make that happen. Given my fear that physical 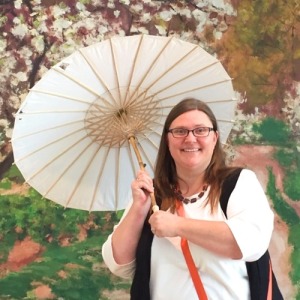 activity would lead to pain, I decided on adding movement that was psychologically acceptable. First, I decided to park on the far side of the lot at work. I bought a FitBit to help me with a little reward when I made my modest step goals. Beth, here at Beth’s New Life, challenged me to a FitBit Adventure Race: the Pohono Trail. I was up and walking circuits of my floor every hour. On the last day of the challenge, I got in more steps than any day before or since. Since my revelation about my capabilities with more intense movement, I began a water aerobics class with a friend to build up strength.

Another goal I made during the retreat was to eat lower on the food chain, and to eat more homemade foods. My friend Dragon and I started making dates for cooking marathons. We prepare foods that freeze well and we’ll have the stove, oven, and crock pot all going at once for several days in a row. Without her moral support, I’d never be able to do it. We prepare meals such as a soul-satisfying, vegan split pea soup. Even other choices, like meatloaf with a side of rosemary roasted potatoes, are better than the platters of French fries that tempt me in the cafeteria at work unless I pack an appealing lunch.

Many people encourage me. They invite me to dance with them. To walk with them. To swim with them. A college lover who shares my emotional take on food helps me realize we still understand each other, even from across the country and many years. These women let me know that I am valued. And sometimes it takes a village of these friends to remind me that my health is worth fighting for, no matter my pace. These women combat the cruelty I face due to my weight with kindness and I can dip into its reserve long enough to order a salad instead of something deep fried and send a triumphant, cross-continental text which results in a prompt thumbs up emoji response.

Occasionally, someone will make a thoughtless comment about my weight. Sometimes, people are purposefully cruel. People were cruel when I was ten pounds overweight, when I was a hundred pounds overweight, and when I got to be two hundred pounds overweight. And the judgment felt the same at every stage. The humiliation was the same. The shame was the same. The fear of social ostracism was the same. I get it from strangers and friends alike. When you’re my size, it’s hard for people not to take note. For instance, when you break one of their chairs just by sitting on it. When you fall on the ice and it takes three people to help you back up. When you have two seats for an airplane trip and you’re traveling alone. When you attend a show with someone but can’t fit into a standard theater seat and have to ask for an accommodation in the back of the room.

I look at pictures of myself at age 11, when I was 80 pounds. I was teased in school about my weight and on a diet. Inside, I feel exactly the same today as I did as a mildly chubby tween when I waddle my way from the parking lot into work each day. My internal experience has not changed. My fear of being dismissed – of having my ideas and emotions dismissed because I am overweight – has not changed.

I normally don’t talk about my fat with anyone who is not an intimate friend. My silence is not protecting me. Audre Lorde said that, and she was right. My mobility is impacted in ways that make me think twice about where I go in public. Making excuses for not going out just divides me from others. I’m in pain every day. It makes me crabby and there’s no way to explain and not sound like a broken record of complaints. My relationship with food is “complicated” and most people don’t understand how going through a McDonald’s drive-through is so satisfying that it can soothe the worst emotional crisis. Or how, after years of yo-yo dieting that always results in weighing more than when I started, the hopelessness is as much a problem as the extra pounds.

I wish I could say that I draw the line at relinquishing my dignity to judgment, but I’ll tell you the truth. That judgment can be paralyzing. Sometimes, the cruelty is stronger than I am. It’s the every day hurts that wear me down. When I go out with people who are in better shape than I am, I’m sometimes left to struggle behind them like a pouting child. Eating with others can be a trial of self-evaluation and second guessing what’s socially acceptable for the occasion. And there’s the invisibility that comes when people tell me in the most matter of fact way that my fat was so loud, they literally couldn’t hear the words that came out of my mouth. Because that’s happened, too.

I’m not going to explain how I got to be this way. It doesn’t matter. It doesn’t change anything. I’m fighting now for my health in the ways that I’m able to. But even if I were making no effort, it wouldn’t change my right to human dignity. Being fat is not a crime or a sin or a moral failure.

Remember that part about my dignity. 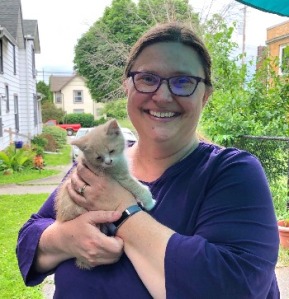 6 thoughts on “The Elephant in the Room”